Analysis before news of the third day of the Decameron 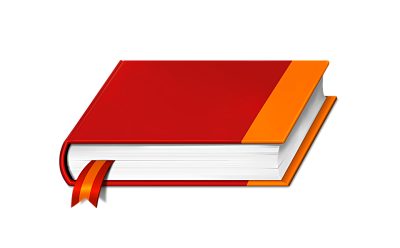 In this article you will find the’ analysis before news of the third day of the Decameron, also known as the news of Masetto da Lamporecchio.
The theme of the first news of the third day of the Decameron is the use of wit and intelligence to conquer what you want, to achieve their goals. The first news of third day is narrated by PHILOSTRATUS.
Here's a brief summary of the plot of the story:
One day the peasant Masetto, he met a man named Nuto, that until that time he had worked in a convent as a gardener but, not happy with pay and exasperated by the constant demands of the nuns, He was back in Lamporecchio. A naughty fantasies about nuns began to Masetto come and to fulfill these wishes he decided to go to work in the convent; Fearing not being accepted because young and personable you pretended deaf-mute. Thanks to this stratagem was able to get the job, because the nuns were reassured to hear that Masetto couldn't bother them in any way. As they passed the days, the nuns began teasing him and teasing him. One day two nuns came and confessed to having sinful thoughts and that he had heard that there is sweetness in the world of what the woman feels when he lies with a man; He added that he had decided to try if that's true with Masetto da Laporecchio, that being dumb he couldn't talk about it. The second nun was very doubtful of their virginity promise to God, but in the end he managed to convince her. The two developed a plan: at three o'clock in the afternoon, When other nuns were resting, would go from the greengrocer and would bring in a hut. While a lay with Magee the other watchdog would do. The nuns put in place the plan smoothly and concluded that it was really the sweetest thing in the world and later repeated the thing several times. The other nuns they knew what was happening and gradually became all lovers of Masetto. One day the Abbess, that she had not noticed anything found Masetto asleep under a tree. The wind had taken off his clothes off leaving him completely uncovered. The Abbess seeing him, felt a great desire, so woke him and took him into her room, where he held it for many days. The young, tired of the situation said to the Abbess as things stood and confessed to not being able to satisfy all the nuns; the woman was stunned, so Masetto said became changed due to an accident and that this was the first time I spoke to that day. The Abbess, for fear she would not let him leave the convent could discredit Masetto and spread the rumor that, Thanks to the many prayers of the nuns, the gardener had regained their voice. The convent had many children, but the situation fi handled with great discretion, so no one should know. Masetto da Lamporecchio spent his life in the monastery and when he was now old and rich went back home. We continue l’ analysis before news of the third day of the Decameron relationship with the day belongs to: in the first few rows Filostrato presents and anticipates the theme of novella. The day is the ingenuity employed by the protagonists to achieve goals. In this case the Narrator supports the theme of equality of human beings in the face of natural needs such as the desires of sexual order. There is therefore a unique intellectual property tends to be loving. The narrative generally is tending to comic, with regard to the language and the use of metaphors, then the story continues with a performance that approaches the bourgeois models regarding the use of ingenuity and socio-economic growth achieved at the end by Masetto.
Finally analysis before news of third day of Decameron Let's see some key features. A key feature of the novel is closely related to’use of metaphors sex offenders and therefore the language. The main metaphor and perhaps the most significant is that of fruiterer who, as he says Nuto at the beginning of the story, is subject to unsustainable demands of nuns, that seems have the devil in me. Also note the apparent opposition between two characters, Since the reasons that push Content to leave the convent are the same that lead Masetto to desire to be accommodating. Regarding the time of news we can divide it into three principal moments: in the first the beginning of history until the convent there is a speed characterized by the readiness to react to Masetto to achieve its objective. The second phase, less dynamic, is that of the encounter with the nuns, and the third is the slowest and covers the wide span of life of Masetto in the convent as Carlin.