Analysis fourth news of 7th day of the Decameron 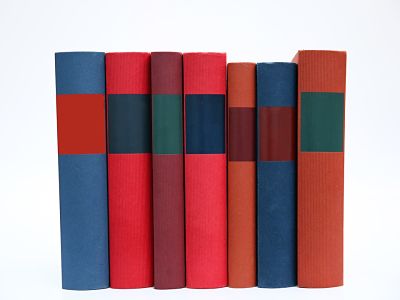 In this article you will find the ‘analysis fourth news of 7th day of the Decameron, better known as the news of Tofano and Monna Ghita.
The theme of the seventh day, chosen by Dioneo, is that of the mock played by their wives to husbands, the fourth novella is narrated by Lauretta.
We continue l’ analysis of the fourth novel of the seventh day with a brief summary of the plot of the story.
Monna Ghita is a beautiful woman, wife of Tofano, a man terribly jealous who believes that any man can fall in love with your wife. The woman, offended by the inexplicable jealousy decides to be a lover for revenge. Taking advantage of her husband's bad habits, every night he does get her drunk and then put it to sleep and be with her lover. But one day, Talib realizes oneness of two drinking, so he decides to pretend already drunk to understand what makes the wife after his retirement in the bedroom. Monna Ghita, as always leaves the House to be with her lover, but on his return he realizes she was locked out of the House by her husband, with the aim of dishonored it in front of the whole village. The woman initially begs him softly to let you in, However realizes that it is useless, COS?I began to threaten him that if he let her in it would be thrown into the pit in the yard, so everybody in the village would have attributed to him the guilt of suicide. Tofano don't listen, However when he hears a thud into the well runs out of the House to help it, concerned about the consequences, The clever Monna Ghita, He had planned his reaction when he threw a big rock into the well, shortly after the release of her husband enters the House by tightening in turn the door. Now the situation is completely reversed: the wife from the House tells him that it is useless to complain and they will have to spend the night outdoors; he foolishly began to insult him and shout, waking up the whole neighborhood. Monna Ghita accused her husband in front of the public to return home late and drunk, claiming that she is always home alone. The neighbors complain that Tofano and meanwhile they relatives of the woman, they beat him leaving him all bruised and you bring home Ghita, The Narrator has a happy ending for the novel: Tofano understands that jealousy l’had badly conducted , but especially he love his wife. Can then bring it home, promising that he would never again be jealous.
We continue l’ analysis fourth news of 7th day of Decameron with relation to the day where it belongs.
Moving the women's Brigade in the Valley, an extremely refined establishes a contrast between the setting of the story and that of the frame, under the rule of balance that characterizes the Decameron. Lauretta introduces the novel with praise for Love, praising him for being able to inspire the minds of lovers, just like madonna Ghita. In the end the Narrator takes the female part, inserting a proverb with negative connotation against Tofano, criticizing him by becoming aware of what she held only after having lost (And so, in the villan matto, after damage fe’ Pact).
As regards the system of reference values the news does not use never the language of courtly love and the narrative is characterized by mutual insults and threats. An important aspect that deviates from this novella friendly world is clearly the mockery that Monna Ghita puts into action against her husband.