Analyzing third novel of the first day of the Decameron 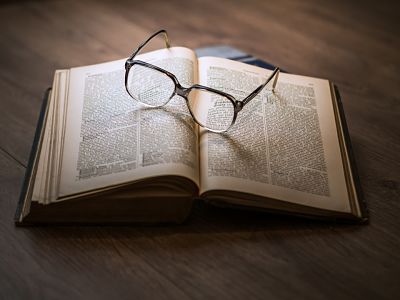 In this article you will find the’ analysis of the third novel of the first day of the Decameron.
We start right away by saying that the protagonists of this novel are Melchizedek and Saladin.

Theme of the day: as of the first day of the Decameron, and since there is still a real order within the youth brigade, When she became Queen Pampinea, She who had proposed to leave Florence leaves the free theme.
The third novel of the first day of the Decameron is narrated by Filomena.
The novel takes place in the far East, in Babylon, where Saladin, a valiant Sultan of Egypt and Syria needing money remember to have heard of a wealthy Jew named Melchisedech.
Believing that Melchisedech It's too stingy to offer her help him a deception. The Sultan is so call Melchisedech, telling him to have heard of him as worthy and excellent man and the things of God much back, the question so what he thinks of the three religions (Judaica, Christian or Saracina) is the one who possesses absolute truth.
Melchisedech being a man expected and clever immediately realized the deception and, pointed wit tells the Sultan a short novella: a large and wealthy man possessed a ring which generation after generation after generation was delivered to the son that the father believed to be his heir and anything should be honored and respected by all other. However the man she loved all three children in the same way and did not know which of the three decide to donate the ring, so asked a locksmith to do two more identical rings, so that none of the three knew which was the original ring.
The King understood to have before him a shrewd and very smart man he decided to admit his deception and Melchisedech each quantity that the Saladin requests served. The novel ends with a gesture of absolute generosity, but on the other hand we had could have expected more from two characters of such a high level. We continue l’ analyzing third novella of the first day of the Decameron relations with the day belongs to: the day is a free theme, so it is not possible to make direct links, However, it is possible to reflect around the themes of the work as a whole. In this novel is a sort of anticipation of what will be the main themes of the Decameron. A clear example is the theme of the power of the word to which it is devoted the entire sixth day, While you can find some’ throughout the work on the topic of intelligence, that at the right time helps us to man to counter the luck. In the concluding part of the story is missing a comment of ten young, but Filomena said that Sultan very generously reward the Jew after the loan. The reached economic parity between the two characters of the novella reveals an intellectual and cultural equality that flows into mutual respect.
Reference value systems: in the third novel of the first day we find two value systems in comparison, Although they are located on the same floor. These are two value systems weren't, also the two characters are so different from each other: Saladin is a noble ruler who has spent all his treasure in several wars and in great magnificence. Melchizedek is a moneylender, Thus bourgeois, You must remember that at the time was certainly a noble craft, It does have the typical values of the courtly world: is smart, possesses a strong self-control and is generous.
To conclude this third novel analysis of the first day of the Decameron, it must be said that one of the most obvious is the construction of the novella, Boccaccio tells of Filomena which tells a story in which Melchisedch, becoming narrator for third grade, in turn tells another novella.
In the setting it is important to remember that being said, that novella narrated by Filomena connects to the previous one because it has as its main character a Jew.