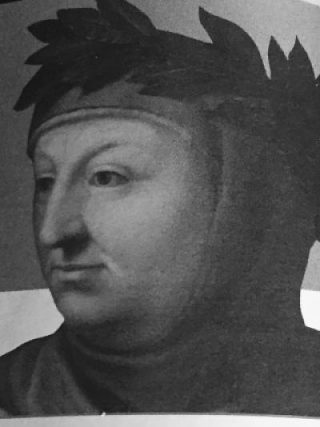 His father was a merchant and businessman very wealthy business ’, While the ’ mother's identity remains unknown. Giovanni Boccaccio spent childhood and adolescence ’ ’ l l in the family home of Florence, it was addressed to merchant and banking studies.

In 1327 his father was appointed a representative and official of the banking company of bards in Naples.

In 1328 Giovanni Boccaccio was elected councillor and chamberlain (high dignitary of the Court) of King Roberto d ’ Anjou in Naples.

During this period he also develops a passionate ’ love story that will be referenced in some of his works. L ’ identity of the beloved woman, that was hidden from the ’ author under the name poetically Fiammetta is unknown.

In 1340-1341 return to Florence, his family is in financial trouble. In 1348 he lost his father and other relatives and friends because of the plague.

We continue this biography of Giovanni Boccaccio by exposing the main works who composed:

In 1350 he first met Francesco Petrarca passing through Florence during the journey to Rome, where would take place the Jubilee.

Starting from 1350 Boccaccio introduced a ’ intense and rich literary production in Latin. The Florentine House of Boccaccio became a Cenacle of Humanities (meeting place of great thinkers) resulting in a spread of texts of works of classical authors as Tacitus,Homer,Platone,Seneca,…; from 1360 He called in Florence,Despite the poor economic capacity, Leontius Ed, a maestro from Calabria which entrusted the task of teaching Greek and Latin translation of the works of Homer and Platone.

In the same year he obtained from Pope innocent VI the pantry needed to be able to receive orders and ecclesiastical benefices.

In 1360 because of his involvement in an attempted coup against the Guelph party in power led him to leave Florence and to retreat in Certaldo. After a few years he returned to town, where he assumed the role of Ambassador: in 1365 in Avignon and in 1367 in Rome, at Pope Urban V.

In 1371 decided to move permanently to Certaldo, where he spent the last years immersed in her thoughts and reflections.

In 1373 He was invited by the Council of the commune of Florence to publicly comment on the Comedy by Dante Alighieri. He began lessons on 23 October and concluded after about 60 or so due to the worsening of the disease.

The deep pain over the death of Petrarch in the summer of ’ 1374 brought him into a State of distress and 21 December 1375 he died in Certaldo.