In this article you will find the definition of matter and some features that distinguish.

If we look around we can realize that we are surrounded by an immense variety of objects ’, plants, animals,rocks,…
Each of them has certain peculiarities more or less marked, but basically they are all made of atoms.

All that we can perceive with at least one of our 5 Sensi is matter (dimensions, color, smell and taste are examples of characteristics of matter). 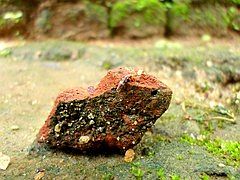 All these objects that fall within the definition of “matter” They then share a volume (occupy a space) and have some mass, be careful not to confuse it with the weight, another concept which will be explained later.

The mass of matter, whatever it may be, does not change if we change its shape, a book that weighs 1 kg once shredded will weigh more and 1 kg.

A blatant example is the trick question that becomes younger mates:” Weighs more a pound of feathers or a pound of iron?” Well the answer is obvious, because the two types of matter considered, Although totally different will have the same weight (1 kg and 1 kg) so in conclusion we can say that 1 kg of feathers weighs 1 kg of iron.

Respectively, You can do another example, This time linked to ’ air. The weight of an air filled balloon d ’ and the weight of the deflated balloon are not equal, that is of course.

The “matter” balloon remains the same, However change its contents, that is a certain mass d ’ air, that once punctured the balloon escapes by decreasing the weight of the balloon in overall terms. Even if you don't notice easily the air has a mass determined which can be calculated by ploys such as the test above the balloon.