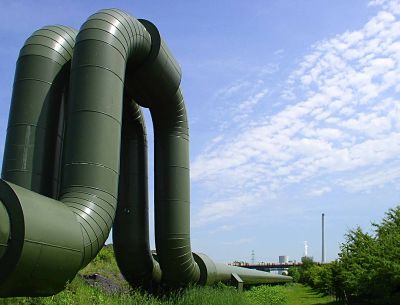 In this article you will find a short presentation about district heating.

A feature that distinguishes this type of system from other energy carriers is the exploitation, to produce heat, a fuel source that a particular region is rich or that it is cheaper to buy at the moment.

The first examples of district heating we find them in the baths of the Roman hot water, However the first functional systems were developed during the Renaissance and only in 1877, in Lockport, a town in New York State you managed to turn it into a commercial system. Starting from 1960 many European cities have equipped themselves with district heating and daily d ’ today in most of the world is this kind of energy carrier.

How does energy production

The production of energy with this system is very simple: a cogeneration plant (production of mechanical energy and heat) produces heat by using a variety of sources fuels, which can be renewable (solar thermal,natural gas,geothermal energy,…) or less (fossil fuels). Another way to provide the heat necessary for the operation of the system is the recycling of waste heat from industrial processes or from incinerators. The heat is then conveyed to the transfer fluid which can be l ’ water, the steam or other liquids special. The heated fluid is then entered into the system through the piping. The heat reaches the inhabited area and buildings there is a heat exchanger. This tool allows you to heat the ’ environment with heat come from the Central and reintroduce into the system the liquid that lost heat (donated all ’ building) to get it back to the station and start the process.

Where is more (geographical distribution) 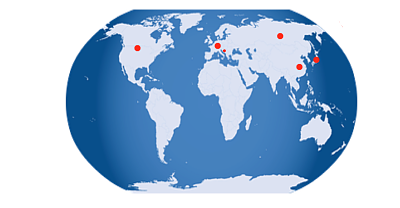 District heating is used for more than 40-50 years throughout Europe, in North America, in Japan, in Korea and China. About 75% the houses of ’ Baltic area is heated thanks to this system and in Russia represents just over one-third of the total energy use.

Energy production attractive to housing areas with large amounts of fuel locally or ’ use of renewable energy, enhance the reduction of fossil fuels ’ harmful to man and the environment ’ ’ l.