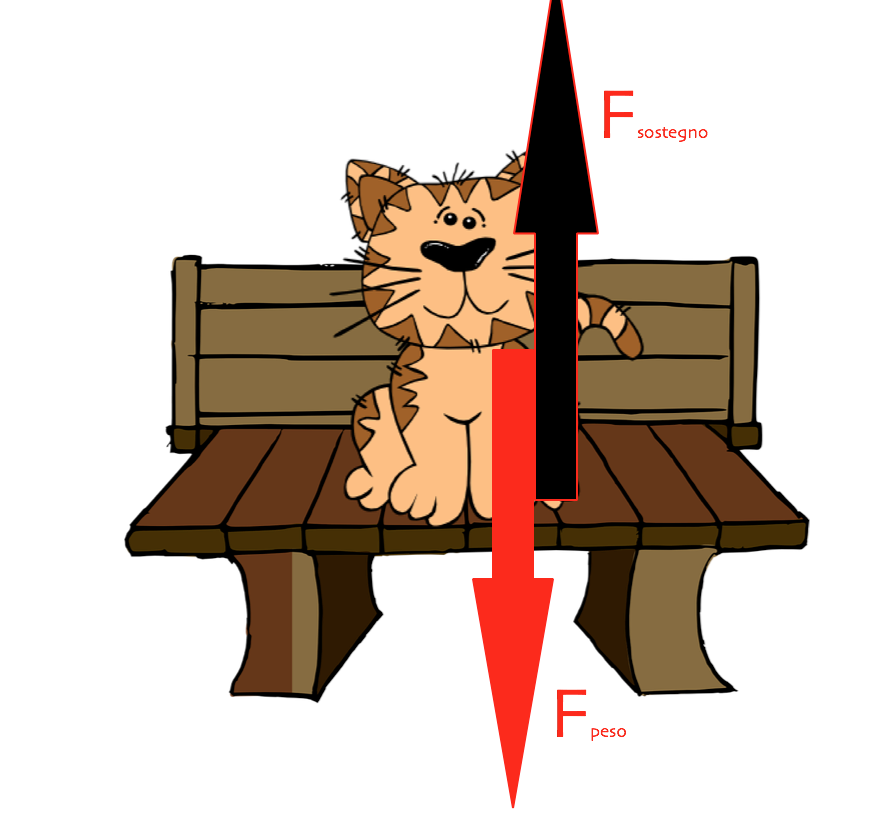 In this article we will discuss the forces and static balance.
To explain the concept of equilibrium of two forces we can consider the figure with the cat. The cat is sitting on a bench, in General is at rest, that is, its velocity is zero. If we ask whether it is subject to forces we would be tempted to say "no" since I don't have a speed change, However if suddenly you could remove the bench at cat this would fall for her weight because evidently subject to gravity. It is therefore reasonable to think that the bench opposite force armies holding strength of the animal which balances the situation. You can express this situation by “balance” mathematically using the report:

Another possible example taken from everyday life's tug of war: 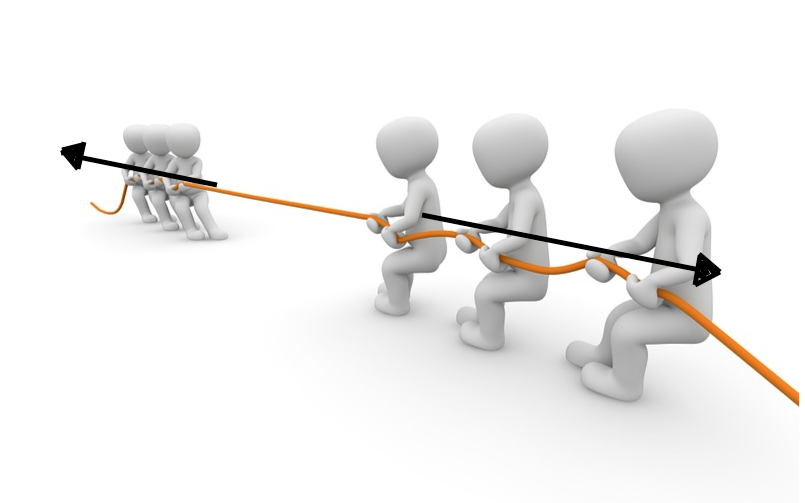 If both groups of three people who are playing exert equal force in the opposite direction then neither group manages to move your opponent and win the game.
In any case the maximum: When an object is stop somewhere and stays there the passage of time it says in static balance.
In other words the two forces that are opposing ELIDE, they cancel each other.
It must be remembered that the two forces have the same form, the same direction and the opposite direction.
This also happens with more than two forces at play, for example with three or four forces involved.
In the case of more forces is most often used with more frequency synthetic summation notation.
∑ F = 0
In summary you can focus what has been said so far in the following sentence: whenever a body remains at rest the result of the sum of the forces acting on it is zero.