The symbolic images of ’ art 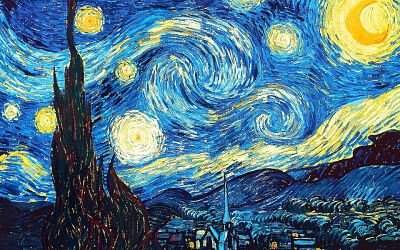 The symbolic images of ’ art used by painters or sculptors can be objects,plants,fruits or symbolic figures. Below you find some of the most used:

Lamb: symbol of Christ in the role of victim of the sacrifice. Represents in particular ’ innocence and meekness.

Tree: element with strong roots in the soil but that will appeal to heaven, so it is symbol of the link between earthly life and divine but is also a sign of rebirth and of the cross.

Water: source of destruction (element that purifies and brings new life) or source of life (According to many myths of origins).

Eagle: sign of royalty, represents essentially the supremacy and the victorious power over evil. Purifying action symbol in the Christian era ’.

Donkey: expression of nobility according to Middle Eastern territories and peoples in Palestine. L ’ current negative meaning that attribute comes from the ancient Greek conception (symbol of ignorance and stubbornness).

Halo: representation of Holiness, always represented as bright circle above the heads of the Saints.

Whale: generally takes two meanings: one positive and one negative revival and initiation of pitfall and dishonesty.

Libra: symbol of Justice,behavior control tool according to the right fit. In the Christian religion is given to the supreme judge who weighs the souls.

Ox: symbol of servitude and gentle strength. Is generally attributed to Luke ’.

Caduceus: emblem which is attributed to Ermes, the Messenger of the gods. This stick that are twisted together symmetrically two snakes symbolize the principle of balance between opposing elements.

Dog: symbol of fidelity,dedication and vigilance. In mythology may represent the guardian-overseer of ’ underworld.

Cavern: place of contact with arcane and dangerous forces from which it can escape through a process of purification or rebirth. ’ since antiquity is also a safe place to hide stolen goods or treasures.

Cedar: for the strength and toughness of the plant from which symbolizes ’ incorruption.

Centaur: half horse and half man represents the dual nature of man ’, animal and supernatural. Then assumes the significance of impulse or domain instead of abandonment to the desires.

Deer: in the Christian religion is the search for spiritual purification ’ soul.

Key: symbolizes the instrument to attain knowledge or power.

Chimera: be great source with goat-like,Lion and snake, represents the frightening ability of land and sea.

At sign: Moon symbol and seasonal renewal (Sometimes it can also represent the resurrection of Christ).

Swan: figuration of purity and symbol of Christ on the cross. In the middle ages took l ’ negative meaning of hypocrisy.

OWL: bird that has a vision that enable him to see in the dark, in fact, in ancient Greece ’ night was a symbol of rational knowledge of things (that goes beyond appearances). He recently hired l negative ’ of ill omen.

Shell: symbol of birth and fertility. In the Christian religion is the symbol of the pilgrims as allusion to trip (by sea to the Holy Land).

Rabbit: in that small and defenceless animals represent the trust of God. Nell ’ antiquity was a symbol of fertility (even today there are idioms related to rapid breeding of these animals) and if at the feet of Mary denotes the defeat of earthly presumptions.

Coral: According to Greek mythology was created from the blood of Medusa and serves as an amulet to ward off the forces of evil.

Cornucopia: particular Horn-shaped vase, generally decorated with flowers, contains fruits and gifts of various kinds, It is therefore a symbol of abundance.

Dolphin: Figure associated with Poseidon, God of the sea in Greek mythology. For the Etruscan religion carry the souls in the underworld while the ’ Christian iconography represents, sometimes Jesus the Savior.

Dragon: imaginative animal symbol of Lucifer and chaos in ’ Christian iconography. In China is the symbol of ’ Emperor.

Ivy: Evergreen plant that symbolizes l ’ ’ immortality of soul after the death of the body.

Ermine: white-haired and agile animal, symbol of innocence and moral purity. Very often we find it in the works with gifts or ecclesiastical figures.

Flower: symbol of youthful beauty and life energy, It can also represent the transience of earthly beauty.

River: symbol of renewal and purification due to the continuous flow of water.

Fire: fundamental element but also destructive, one side helps man survive ’ (the heats and sheds light) by ’ other can destroy and kill. In Christian symbolism represents the ’ Hell.

Garden: place of beauty and great attention to detail symbolizes the Virgin Mary or the paradise.

Lily: symbol of purity and are sometimes offered as an example of faith in God.

Gryphon: mystical creature with the body of a lion and the head and wings of an Eagle ’, represented as absolute ruler of Earth and air. It can also represent l ’ Union of wisdom and strength.

Maze: symbol of the intricate and difficult path that you must take to achieve a certain goal.

Lion: sign of strength and pride, symbol of ’ evangelist mark, were most often located in defense of sacred places.

Book: source of wisdom and religion as essential to many symbol expresses the doctrine.

Moon: associated since ancient times to ’ female figure, that illuminates from ’ top.

Lute: musical instrument, If it's represented with broken chords is a symbol of death.

Almond tree: one of the first trees blooming, symbolizes vigilance.

Apple: symbol of sin and desire. The fruit placed in the hands of Jesus (baby) means that you take upon himself the sins of the world.

Pomegranate: in the Christian religion is a symbol of martyrdom (Red) While the seeds represent the ’ unity of the Church.

Node: Union symbol in society. Many times meanings related to dissolve or tie anything.

Eye: symbol of spiritual knowledge. If located at ’ or triangle surrounded by bright rays symbolizes the Trinity and the divine omnipresence ’.

Olivo: in ’ ancient Greece was a symbol of victory, in ancient Rome became ’ depiction of the goddess of peace and Christianity is connected to ’ oil that cleanses and nourishes.

Palma: victory symbol, a branch is the ’ eternity and martyrdom.

Pastor: guardian and guide the flock, iconographically represents Christ who leads the faithful and protects them in their journey.

Peacock: symbol of vanity and pride

Sheep: animal helpless and powerless in front of the enemy, symbolizes l ’ humanity.

Pearl: because of its shape is associated with perfection, generally symbolizes the Moon and the female figure.

Fish: ’ symbol of Christ and the Eucharist.

Wheel: symbol of the cosmos and of cyclic rotation.

Sphinx: Figure with a lion's body and a human head, is often ’ ’ l l enigma and dullness.

Mirror: symbol of vanity but also of knowing oneself.

Bird: ’ human soul but also symbolizes the desire to break away and abandon the earthly life and get closer to the spiritual.

Egg: symbol of birth, creation and resurrection (awakening of fertility).

Grape and vine: ’ Eucharist symbol, represents the blood of Christ. Indicates the part of the man's work in spiritual journey.

Pumpkin: symbol of resurrection, peculiarities of the pilgrims.

The symbolic images of ’ art: the numbers, Click here…