The laws of ’ economy 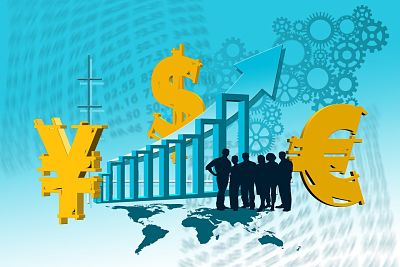 This article relating to ’ political economy we see in detail the laws of ’ economy.
Economic laws are the results of economic research, and express the ways that the ’ man tends to behave in various situations that arise in daily life.
’ laws of Economics cannot be compared to normal scientific laws that set out how it manifests a certain phenomenon, explaining the causes which determine. ’ laws of economics or economic laws have a distinct character and different. The information relates to a complex reality they interact and operate different variables hardly comparable to an experiment in the laboratory or to a similar analysis in the lab for testing the physical laws.
Economic laws have a probabilistic nature, Express then trends that can be confirmed or refuted by reality. The probabilistic character can only be applied to a restricted group of factors, also should be distinguished individuals and groups of people.
The laws formulated are therefore provisional and time-varying. No explanation given is final because the phenomena are extremely dynamic.
Even in economics may come in handy two scientific methods: the deductive method (starting from the hypothesis explains a phenomenon thanks to logical deductions) and the inductive method (starting from several special cases and through the classification of similar cases will formulate general laws).

Let's see some examples for both methods in relation to economic laws.
Deductive method: Suppose we know the habits of a group of young students for the ’ purchase of crime fiction. We can work with some premises: 1) the financial resources of young people over the years have grown 2) young people were informed of new books in the media 3) the interests of young people for reading have increased with the growth. Starting from these premises, and applying logical reasoning we can deduce that the ’ purchase of books by young students has increased compared with previous years.
Inductive method: taking the same case of young for this method would be applied interviews with a sample of boys to know their tastes and interests, afterwards the answers would be processed with a statistical calculation on the average charge of youth (statistical induction).
Economic laws are so infused with both methods in a circular bending process, the formulation of an economic law then becomes the starting point for the study of new items.