The rhymes of Dante Alighieri 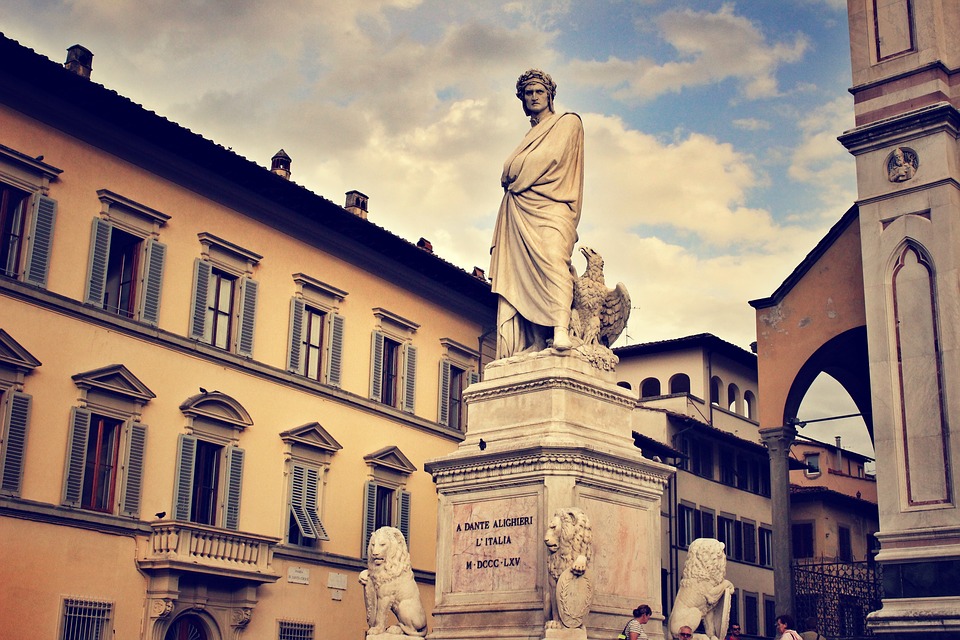 Lyric activity accompanied from the beginning until the composition of Dante Comedy.

The set of lyrics that aren't returned in Vita Nova and in Convivio She is given the formal title and General Rhymes. The Opera production can be divided into three temporal moments: the rhymes of youth, the rhymes of maturity and rhymes of exile.

The rhymes by Dante Alighieri of youth they emerge clearly influence his courteous and, typifying the poet's apprenticeship.

The influence of his friend Guido Cavalcanti is noted in particular in terms of form, lexical care, for the personification of feelings and expressions borrowed of Aristotelian philosophy. Thematically there are expressions of love tormented and distressing di Cavalcanti.

However during the processing of Vita Nova Dante differs from friend giving rise to another great master, Guido Guinizzelli. In his love poem Dante will resume the key features of Guinizzelli which the virtue of love, the woman as being superior to man (angelic figure) and the link between love and moral nobility.

Dante fulfills these characteristics in the general conception of angelic nature (almost divine) of women.

In his mature Dante rhymes presented the experimentalism.

Dante recovered his comic dimension-playful and exchanged a series of sonnets by John Keats, later he composed rhymes “Rocky” songs dedicated to a woman who rejects his love hardness. Dante also puts into practice some metrical experiments by retrieving the Sistine Chapel.

The rhymes of exile are essentially allegorical rhymes and doctrinal, generally songs, originally intended for Convivio which was interrupted. They occur predominantly civil and moral themes, We find Three women came around my heart, a poem dedicated to justice, written immediately after the sentence into exile in 1302. However Dante did not abandon totally the love poetry as before devoting himself to the composition of the poem he wrote Amor by which it behooves while I doglia (1307).