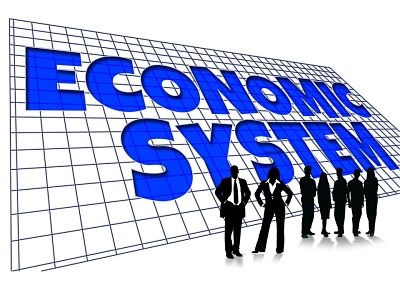 In this article “ Business schools summary and evolution of thought” We will see in detail some characteristics of the major business schools and the general evolution of thought.
Economic activity is not autonomous and depends on human action, so is present since ancient times. The history of economic thought studied so the evolution of the thought of scholars over time, in their analysis of reality and the search for appropriate tools to interpret it.
Various economists following one another in time or contemporaries are placed and grouped into school of thought, grouped according to some degree of consistency in the approach to various topics related to economic reality.
The history of economic thought can be divided into three specific periods:

The fragmented period
Scholars of the ancient world and middle ages were unable to develop an autonomous economic laws collection. We find anyway of economic matrix, However are inserted in other contexts, such as the discourse of historians on economic resources of different peoples or the discourse of philosophers about good governance and proper behavior of individuals.
Only around the 1200 with the General recovery in economic activity after the great crisis of the year 1000 and the continuous barbarian migrations, develops an interest in the study of economic phenomena (from a moral perspective)

Economic philosophical thinking of the epoch can be divided into two main branches: the strand “collectivist” referring to Plato's thinking and that “individualistic” proposed especially by Aristotle and by Roman jurists.

Collectivism was ideal and aristocratic in nature, founded on the sentencing of individual enrichment, that implies the inequality within the community. Only with the communion of goods materials, so even the abolition of private property and the egalitarian distribution of goods you can reach an ideal situation.

The economic basis for the medieval economic thought was provided by Aristotle. The main ideals of this period are expressed in “Summa Theologica” by Thomas Aquinas, whose purpose was not to analyze the economic mechanisms, but to find out what was right for man subject to directives of Catholic morality.
Here is an extract from the “Summa Theologica” related to men and justice

It seems that humans are not born in the State of Justice. In fact:

For law of nature man raises a similar to himself in this case being. So in all the accidents arising from the nature of the species requires that the children resemble their parents, unless there is a fault in the operation of nature; defect that was impossible in the State of innocence. As for individual accidents is not necessary that the children resemble their parents. Now the original justice, When it was created the first man, It was a “accident” from the nature of the species – not as a reality generated by the essential principles of the species, but as a gift from God to all of nature -. And this appears from the fact that opposites belong to a single genus; now the original sin, as opposed to do justice, It is called sin of nature, Why is passed on from father to son. That is why the children would have been similar to their parents even in the original justice.

Solution of the difficulties:

Una risposta a “Business schools summary and evolution of thought”