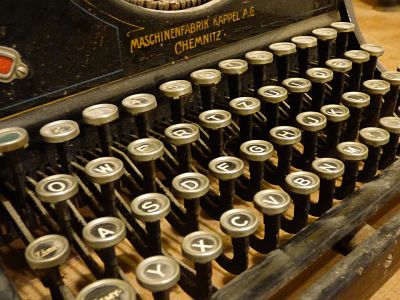 The three elements that define the structure of a text is the content (a collection of information that the ’ author intends to transmit) , the shape (stylistic appearance) and purpose.

These features distinguish the types of specific texts:

Such text is intended to inform the recipient about the characteristics (space,time,environments,people,..) of a particular subject matter of the communication.
To achieve that precise and rich vocabulary is adopted, with a careful choice of ’ data and a structuring of organized speech. The syntax looks mostly with short prepositions and functional to the speech.
In some cases we also find the opinions or ratings of the writer trying to arouse curiosity and emotions of the reader.

The most obvious examples (among the many present) of descriptive texts are the encyclopedia articles and guides.

This text exposes the reader to the dynamics of a specific story or series of stories that can be real or imaginary.
The main question answered by you: “What happened?”.
When it does not have particular stylistic research on narrative text has the events in chronological order, or from the ’ start to finish (Fabula). If the writer wants to try certain emotions to the reader, you'll have the facts in a narrative plot, that does not correspond to the logical and rational events (flashback,…).
This kind of narrative generally respects the rule of five W (from ’ English W questions) i.e.:

The vocabulary can vary greatly from one purely sober and impartial one more access. Another important feature you can locate in the ability of the writer to add characters (main and secondary) adapting them from a physiological or temperamental and more generally to put them in a certain socio-cultural sphere and propose indirect or direct talks between them.

The primary purpose of this text is to provide the reader with specific information or data. To fulfil this task must be precise and exhaustive, and understandable.
Wishing well to this kind of texts we can apply the rule of five W quoted previously. Examples of informative texts are brochures, warnings and some newspaper articles with informational purposes only. The vocabulary is simple and clear also can have graphical representations such as images, charts or other.

This text contains prohibitions, rules, instructions, rules or prescriptions that contain a message can influence the behaviour of the recipient or to impose certain actions. The vocabulary is so clear and understandable, However strict with specialized terms explained. Some examples are the manuals d ’ education, package leaflets of medicines or the legal texts.

This text aims to present the ideas of the writer in a particular form, convincing and persuasive, in order to convince the reader.
The text proposes rational arguments steeped in capacity of conviction due to ’ use of precise figures of speech. It is therefore intended to support a particular thesis through the presentation of evidence and certain elements. Some examples are the advertising copy, the political texts,… Through the ridiculing of texts with different topics or to those who have supported or via the ’ list of the advantages of our location. These texts occur very often to textual connectives such as then,Therefore, Since, Consequently,…

Argumentative texts can be divided according to the methods of reasoning used, that can be:

– deductive argument: from General premises produces evidence to support what you claim.

– inductive argument: from the presentations of numerous cases and examples we obtain a general conclusion.

– analogical reasoning: similar examples are presented to your issue, where is already known a general conclusion, and by analogy produces evidence to support what you have to show.