The West in the late middle ages

This article is a brief description for the West in the late middle ages. 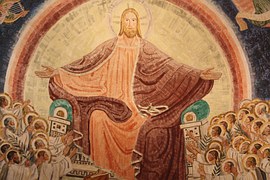 In 1200, i.e. in the late middle ages, the Western world Christian lived for many centuries no concrete threats of external dangers or battles (the latest attacks between l’ 800 and the 900) and he had found a balance that the had brought afterward to expand outside its traditional boundaries and attacking in turn other civilizations and cultures.

The Islamic world had appeased its propulsion offensive, that had led him between the seventh and the tenth century to an explosive expansion in Africa,Asia,Spain and Sicily.

The crusades (1096-1270) did not allow stable territorial conquests but forced the Islamic faithful to retreat on the defensive.

In Eastern Europe were instead come to create new teams including the kingdoms of Hungary,of Poland, of Bulgaria and the Principality of Kiev, adopting the Christian religion and who had given orders from other European countries on institutional plasmati.

What we now call Europe, understood as a central political Constitution of the Western world was called Christendom.

Europe had a mainly geographic value , While Christianity was a predominantly religious and cultural expression.

L ’ the West in the late Middle Ages was characterized by a general situation political and military stability.