Narrator and points of view 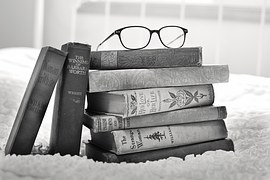 The narrator can be considered as a figure which tells the facts of history, describing certain environments or situations by expressing, sometimes, personal judgements on what happened.

It is distinguished into three types: the narrator outside,the narrator interior and the Narrator omniscient.

The inner Narrator appears within the history first-person character who narrates the events that he witnessed or protagonist.

The the outer narrator appears in third person, is the “voice” the text narrates the vicissitudes without being directly involved in the story as a character. It can be hidden or overt. Is palese when, despite being unrelated to the events recounted, rate and comment on the actions. Is hidden when only registers and return the speeches of the characters without intervening (monologues or dialogues).

the Narrator omniscient is aware of every fact or emotion that characterizes the characters, is able to analyze the mind and the emotions of the character, in a nutshell knows all about all.

The views can be seen as the relationship between the narrator and the characters but also between what is told and the narrator.

The first focus is to zero: the narrator's point of view is unlimited, the Narrator is then able to explain everything.

External focus: the narrator pretends to know less about the facts of the history of all they know the characters, can only describe what he sees and hears from outside, does not make predictions and avoids all personal opinion (technique of impersonality, does talk about things without the mediation of his hand).