Birth of the Kingdom of Italy ’ 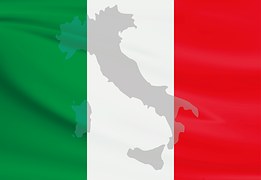 LItaly ‘ color , historical right driven, after the Risorgimento (He had brought a national and democratic ransom) was forced to face some serious problems that would be exacerbated in the next decades.

The Kingdom of ’ Italy was oppressed by a general backwardness, aggravated by the dualism between North (where was the development) and South (increasingly distanced). Also had to cope with all the Church's hostility against the State liberal ’, particularly after the capture of Rome in 1870 and the tough stance of the Pope against the ’ accession of Catholics in political life of the new Kingdom.

In 1876 with ’ coming to power of the left of Depretis was the political role of the industrial bourgeoisie and the southern ruling class, that however exacerbated recourse unprejudiced against corruption and patronage practices.

Despite the imbalances and tensions ’ Italy is placed between the General l medium power dell ’ industrial era, he aspired to compete with the major powers on the international framework.