How to represent Lewis structures 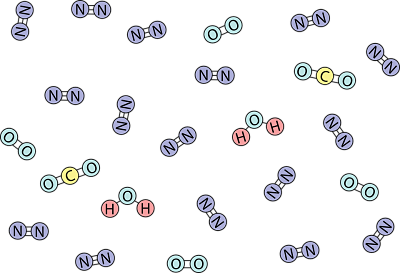 The Lewis structures are designed from the scientist and are intended to represent graphically atoms, ions or molecules. The Lewis structures seem quite difficult to represent for those who are beginners, However there are some basic rules that can help them understand. We see so few rules on how to represent Lewis structures.
First of all, a given substance is necessary to the Atom with the stoichiometric smaller index, Therefore the least electronegative.
So if we take as an example the substance H3PO4 phosphorus saw stoichiometric index 1 will be the focus (for those who do not remember the stoichiometric coefficient in front of the element symbol and serves to balance a chemical equation for example 2CO. While the index stoichiometric ratio, We are interested in are interested in right now is the integer before the little substance such as H3 ).
It is also important to remember that hydrogen or fluorine will not be the Central atoms, also hydrogen is often tied directly to an atom of oxygen.
Afterwards you will need to add the valence electrons of the atoms in the chemical formula and if there is a charge, Add (negative charge) or remove (positive charge) corresponding electrons.
Then you have to bind atoms with a simple link and complete the octet for each atom until you use all valence electrons calculated earlier. And’ important to remember that hydrogen does not complete the octet, will have at most two valence electrons.
For each atom will then need to calculate and return the formal charge (number of electrons in the structure (own electrons and not those shared)-number of valence electrons) and try to reduce it as much as possible evidently close to zero by moving Doublets of electrons not bond. Caution some atoms of groups 15, 16 or 17 by the third period onwards may not obey the octet rule overcoming him or approaching the hotel.
Finally, check the formal charge matches the load carried in chemical formula, If there are more chances of all the favorite will be the one with the formal charge on the electron more electronegative.
Take the example did a moment ago for H3PO4
The phosphorus will be the focus, While the valence electrons are 1×3(H)+5(P)+6×4(Or)= 32 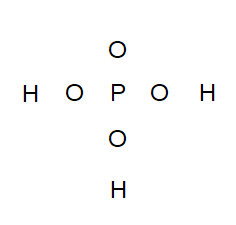 Bond atoms with a simple tie getting 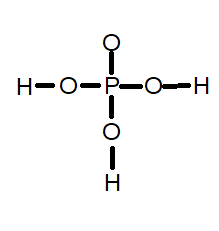 And we reach the octet for every atom except hydrogen 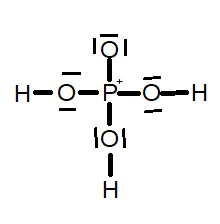 Counting electrons attributed and are 32, We then placed all valence electrons. We calculate the formal charge for each atom and are in the Lewis structure. The formal charge is calculated: number of valence electrons that have a neutral atom-nr of electrons that belong to the atom in the Lewis structure.
Phosphorus: formal charge = 5-4 = 1 (We list +).
Phosphorus is indeed one of those items that exceed the octet by promoting electronics.
We can only conclude by moving one of the two Doublets of electrons by oxygen to form a double bond between P and O as follows in the image. 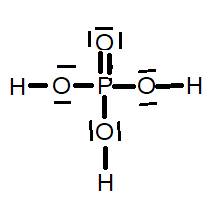 You find other articles similar to how to represent Lewis structures in chemistry class.