Summary and analysis of Rhinoceros 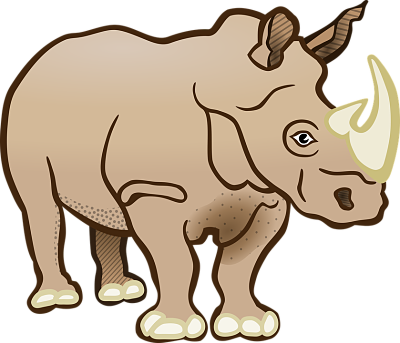 Here you can find a summary and analysis of Rhinoceros of Eugène Ionesco.

This work is a play written by Eugène Ionesco and published in 1959.
This piece is divided into four tables for three acts, Indeed the second act is divided into two tables.
Like all pieces of theatre Rhinoceros is built around dialogues between the characters and this work belongs to the genre of the theatre of the absurd.
The piece is built in a very logical manner. We present the general situation with the description of the small town of the province and are the two main characters, Jean and Berenger (sitting on a terrace).
To respect the time we need to tell that the time of narration (1900) does not correspond to the date of the piece that is after (1959).
Before exposing characteristics of an extract must also say that the first staging of Rhinoceros was made at the Odeon Theater in Paris in 1960.
One continuous this summary and analysis of Rhinoceros by saying that the title reminds us of the central element of this piece: the epidemic of “rhinocerite”.
The rhino was the symbol of totalitarian regimes, a strong and robust animal, which metaphorically infection other, change the mentality, until such time as well Jean turns. With this show Eugène Ionesco is not limited to criticize and has analyzed totalitarian regimes but also aims to offer a psychological analysis of the behavior and mentality of those who have adopted the new ideology.
The story is not too fast, the author through the dialogues give us information and guidance on the behaviour and the peculiarites of the characters or even also as develops the “disease”.
From the beginning to the end the goal is to show the development of this disease-ideology which does not also save smart people like Jean or the logician.
The language is relatively simple, There are of course more or less short sentence for each character (the monologues are longer and rich reflection).
To conclude this summary and analysis of rhino we can say that, in general this piece shows us that man tends to be passive, forgetting to call into question the social and political system in which is located (There are only Bérenger who resisted).