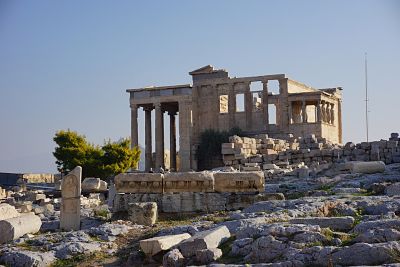 Thales of Miletus was the founder of Ionian school it lived between the end of the 7th century BC and the first half of the 6th century b.c..

Thales was a statesman, astronomer,but above all a philosopher, mathematician and physicist.

Politically we can award him the merit of ’ Union of Greeks of ions in a federal State with its capital in Teo. As regards the ’ astronomy Thales predicted a solar eclipse ’,as a mathematician he found various theorems of geometry and physics discovered the properties of the magnet.

It seems that Thales didn't leave philosophical writings, We must in fact to another philosopher, Aristotele, the knowledge of its fundamental doctrine according to which the principle is the ’ water (also the Earth is above the ’ water).