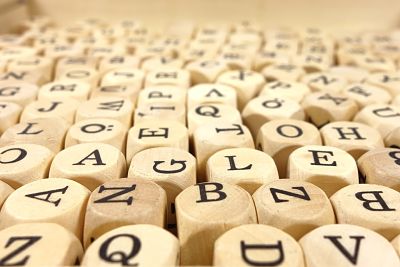 To pronounce any word we use language carriers, i.e. vowels and consonants, that allow us to build up words and phrases.
The vowels are sounds that have “voice” own, can then be pronounced alone. The vowels, or better, the vowel signs are exactly five: in – and – the – or – u , While there are seven vowel sounds because the vowels “and” and “or” may have an open or a closed sound respectively (for example ròsa and códa).
Closing or opening of the vowels is shown graphically as follows:
acute accent (´) -> sound closed
grave accent (`) -> Open sound

From here there is a very important speech on the words polysyllabic, those words that are spelled similarly, but they are pronounced verbally differently and have different meanings (They then open or closed accents). Usually when we write we don't pay attention to this kind of boost because the meaning of the word it can be deduced from the context.
Some examples are:
Forum: square
opening: hole

When vowels come together you can form a diphthong, a trittongo or a hiatus.
But we see in detail these terms…
The diphthong is a group of two vowels pronounced with only one issue of voice. It is formed by the ’ meeting of the vowel “u” or of the vowel “the” with any other vowel generally accentuated.
Some diphthongs are possible:
-over there, iè, Nikki, more: fiàmma, piède, piòve, fiùme
-ài, is, òi, ùi: farài, nèi, yathish b's picture page, lùi

The trittongo is very similar to the diphthong, but it is a group of three vowels and then no more than two (diphthong). It is formed by ’ meeting of vowels “u” and “the” or two vowels “the” with a ’ other vowel generally accentuated.
Some triphthongs are:
– iài, ièi, iuò: spiài, mièi, paiuòlo
– uài, uòi: guài, buòi

When two words, meeting, are pronounced with two distinct voice emissions form a hiatus (from the Latin “hiatus” = separation).
The gap occurs when:
1. they meet each other vowels in, and, or: Po-e-ta
2. the vowels ì and ù encounter other vowels: zì-a, PA-ù-ra
3. in words derived from other who had a hiatus: vi-a-le
4. in compound words from prefixes: King-in-Fri-ta-re,
RI-man-gia-King.

They are sounds that cannot stand on their own, to be given must be with the vowels.
The consonants can be divided categories:
labials: b, m, p
labiodental: f, v
dental implants: t, d
lingual: the, r, n, s, z
Palatal: c, g
guttural: c, g (dure) Ex. dog, cat

But we see in detail some peculiarities of consonants:
c/g: may have a hard sound (Home, cube, throat, …) or sweet (wax, belt, round,..)
h: serves only as a graphic sign and is not pronounced
q: is almost always followed by “u” plus a vowel
s: sounds harsh when followed by a vowel, before consonants c, f, p, q, t while has a soft sound when found between two vowels, before consonants b, d, g, the, m, n, r,v, or in the words in-asi,-ESI,-ISI,-OSI.