Analysis of the fourth day of the seventh novella Decameron 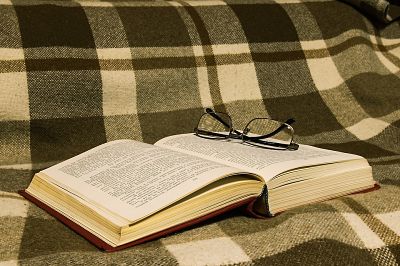 In this article you will find the’ analysis of the fourth day of the seventh novella Decameron. The seventh novel of the fourth day is also called novella by Simona and Pasquino.
The theme of the day, chosen by PHILOSTRATUS is to love who they had unhappy end. The novel is narrated by Emilia.
Here is a brief summary of the plot of the story: We are located in the city of Florence, Simona, nice young man from humble origins, Professional spinner falls for Pasquino, an apprentice of the man for whom the girl fila la lana.
Love sprung between the two is intense and real. Praful one day by appointment to Simona in a garden, so they can meet without arousing slander. The girl accepts and a Sunday invents an excuse to tell the father so that we can meet the beloved: He travels outside porta San Gallo with her friend Lagina, Pasquino arriving at the place of meeting with the friend Freak. Between Lagina and Freak you create a relationship and they shut in. Simona and Pasquino also lie in a corner of the lawn and seeing a thicket of Sage Pasquino captures a leaf, She rubs the teeth and gums and soon after dies. Simona crying call friends , whom, seeing spots on the body of Pasquino the blame we poisoned. The girl is then questioned by a judge in the presence of other friends of Pasquino. The judge is unable to figure out what happened because Simona don't know explain, so he decides to make an inspection. Simona tells the judge what happened while rubbing a leaf of Sage on the teeth as Pasquino and dies before the present. The judge then decides to uproot and burn Sage.
The keeper of the garden uprooting the plant is a big frog who is blamed for the poisoning and subsequent death of boys. The two lovers, Finally, are buried in the Church of Saint Paul.
In the frame shows clearly that Philostratus is not satisfied with the novella narrated previously (IV, 6) told by Panfilo, on the grounds that he had an unhappy end too little.
We continue l’ analysis of the fourth day of the Decameron seventh novella with a view to reference value systems: What characterizes the novella narrated by Emilia is the antithesis of love between Simona and Pasquino and Lagina and Weird. The first is a courtly love with meaning, Although the lovers are of humble origins, While the latter is a carnal love, that has nothing to do with the mind and the noble. Love narrated by Emilia turns polite from the moment the same Narrator elevates it in the text. It introduces his novella saying:”Although Love again the case de’ noble men, dresses, It therefore does not reject the Empire of that de’ poor, even in those yes no time his forces demonstrates (…)” or “O happy souls, to which the same by falsely the fervent love (…)“. Concluding this analysis seventh novella of the Decameron day four we see some space time characteristics of the narrative.
With regard to the space time coordinates It should be noted that the Central scene takes place on a holiday (one Sunday after eating). The season is not indicated, but you can guess that it is spring or summer, given that the two lovers are in a garden.
As regards the places are named Florence, the Church of St. Gall and the garden. The first two are real places and historical, which proves once again the realism of Boccaccio, While the garden suggests an area of peace, of tranquility, as opposed to the work site, Florence.