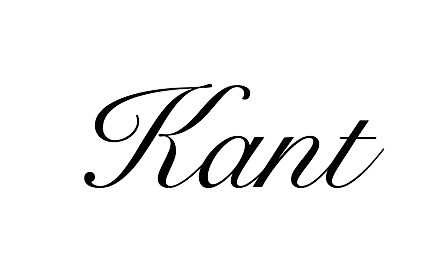 In this article you will find a comprehensive summary of Kant's critique of practical reason.
Immanuel Kant was born in Königsberg (in East Prussia) in 1724 in a family of Scottish descent. Its existence was entirely devoted to the philosophical thought and his political ideal was facing a Republican Constitution. Kant's life can be divided into three main periods: from 1724 at 1760 about was particularly interested in natural sciences; from 1761 at 1781 the interest was purely philosophical and finally by 1781 Thereafter he devoted himself to transcendental philosophy.
The reason, in all philosophers need to direct knowledge but not only, also action. Beside the theoretical reason we then also practical reason.
Kant distinguishes though the pure thought practice (operates independently from the experience and sensitivity) and empirical practice reason (It operates on the basis of the experience and sensitivity). But what is then the critique of practical reason? Essentially to distinguish in which cases the reason is practical and at the same time pure (morals) and in which cases it is practice without being pure.
It then makes one wonder why the article title critique of practical reason and not practical critique of pure reason. Well you have to remember that while the theoretical reason needs to be criticized even in the pure as it tends to cross the boundaries of experience, practical reason does not need to be criticized in the pure because it behaves perfectly legitimate, in obedience to a universal law as we will see later.
We see in detail the characteristics of the critique of practical reason.
Underlying the above Criticism is the persuasion that it is present in man a moral law a priori universally valid (valid for all and forever), It is therefore an absolute ethics law, the philosopher has the only duty to see .
This moral law is unconditional , therefore capable of disengaging from sensitive inclinations and to guide human conduct properly and stable.
The theses just views of’ but the absoluteness of moral and unconditionedness implies two assumptions closely bound together: universal recognition and necessary of the law and the freedom of human action.
The moral law has the essential characteristics such as categoricità,the formality and autonomy.
Categoricità:
In Kant's critique of practical reason the philosopher distinguishes the practical principles, What general rules governing our will, in maxims and imperatives: the maxims are purely subjective value requirements (Ex. getting up early in the morning for cycling) While the imperatives are prescriptions of objective value and divide into hypothetical imperatives (prescribing the means for certain purposes: the…you have to… Ex. “If you want to get good results at school you need to practice and study”) and practical imperatives (“you have to”), ordering the duty unconditionally by the subject. The Act embodied in a maxim which may cover all.
So here are the three formulae of the categorical imperative,identified in the moral law:
First formula: “Act so that the maximum of your will can always rely on the same time com principle of universal law”. In essence this formula reminds us that a behavior is moral only if it exceeds the “test of generalizability”
Second formula: “you act so as to treat humanity, both in your person and of any other, even as an end and never merely as a means. In other words we must respect human dignity in you and in others without reducing you and others to mere means to selfishness.
3rd formula: “the will based on the maximum,can be considered simultaneously herself as universally legislator” so is punctuated the autonomy of will pointing out how the moral command should not be an external imperative but rather the result of rational will.
Formalities:
The law appears to have formal ethics, Since it doesn't say what to do but how we do it. The law does not prescribe so to act for a given benefit therefore turns out to be antiutilitaristica.
Formalism is also flanked the rigorism, Kant excludes from the fence of ethics emotions & feelings, Since severe purity of moral law pollute. Morality is therefore to pure duty for duty. If morality is the intention with which something is done then the well is to do good, that is, in what Kant defines “good will”, that is the intention of the willingness to comply moral law.
PE conclude you must bring back the theory of practical postulates that we find in Kant's critique of practical reason.
Kant also presupposes an supreme good, an absolute morality which consists of the Union of virtue and happiness. However in this world virtue and happiness are never joined, because the pursuit of happiness and the effort to be virtuous are separate actions and generally opposed, therefore constitute a’antinomy ethics par excellence. The only solution to get out of this contradiction is to postulate the existence of a world of the afterlife in which can be realized the equation virtue = happiness.
The existence of the afterlife is one of postulates , therefore propositions unprovable moral reality itself can be accepted.
Another postulate is instead being God's existence, place as need to match virtue and happiness in the world of the afterlife. Finally the two postulates of a religious nature are a last its freedom as a condition of ethics, that the moment prescribes the duty also presupposes that we can also act inconsistently, “You have to so you can” (therefore everyone has intrinsically moral law, but can decide whether to follow it or not).
Other articles on Kant's critique of practical reason and the philosopher in General can be found in the category philosophy->1700-1800