I Canti by Giacomo Leopardi: structure and analysis 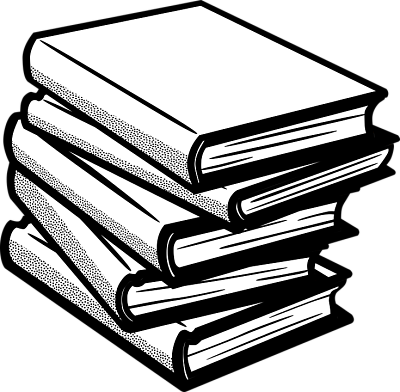 This article will be analysed and discussed in detail I Canti by Giacomo Leopardi. The composition and publication of the book of Canti Giacomo Leopardi engaged for most of his short life. The first poem, The first love, It was composed between December 1817 and early 1818 It was entitled The Elegy, the last dates back to 1836, pretty much just before death. I Canti can therefore be regarded as the work of a lifetime. Starting from 1831 Leopardi referred to his book what would later become the outright: Canti, It is no longer Songs (1824) Neither Verses (1826). This choice is due primarily to the inadequacy of the first term, Songs, that could no longer be suitable because it identified a particular genre metric (the version of the 1826 not only included more songs but also other components). So he decided to group all under a more generic term, Verses, who was then far too generic. Finally landed at Canti, entirely new denomination that Leopards him after being convinced that the only kind of poem “that really remains to modern” and that is “no time” is the Lyric, that identifies itself ultimately with the poetry itself. The word Sing is therefore to indicate a lyric poetry without precise metric form, but that is the”free expression and forthright than any affection alive and well felt by man”. Through the Canti Leopards proposed a new kind of poetry that encompassed ancient and modern.
Let us now see in detail how the structure of the Canti by Giacomo Leopardi:
The first block It consists of nine songs: Italy (September 1818), Above the monument of Dante that he prepared in Florence (September-October 1818), Ad Angelo Mai when he had found the books of Cicero's Republic (January 1820), In the marriage of his sister Paolina (October-November 1821), A winner in the balloon (November 1821), Brute Minor (December 1821), To spring or of the ancient Fables (January 1822), Hymn to the Patriarchs or de’ principles of human kind (July 1822), and The last song of Sappho (may 1822) followed by an elegy in terza rima, The first love.
A tenth song, To his wife (1823) She was inducted into the Canti in eighteenth place, to form a diptych with the Chan.

In second phase (1826) We find the Verses. This publication, life in Bologna, du another book of poems the entitled Verses. It includes ten songs views above most other texts of metrical form varies, as the triplets of First love, the epistle in verse Al conte Carlo Pepoli, the fragment ODI, Melisso and the five idylls: Infinity (1819), On the evening of the day of celebration (1820), To the Moon (1819), The dream (1819-1821) and Solitary life.

In 1835 Leopards prepared another edition of all his works, This time for the Publisher Neapolitan Starita. The first volume included songs: Leopards reproposed all texts published in the 1831, He restored ODI, Melisso and he added a whole series of texts.

In fifth version, the final edition of the 1845, shortly before his death Leopards corrected in some places a copy of the edition of 1835, giving directions on the location of the last two poems, The broom or the Desert Flower (1836) and The moonset (1836). This is considered the definitive version of Canti, as respects the last will of the author.

We conclude this analysis of the Canti di Giacomo Leopardi with an overall vision of the structure of Canti.
Leopards, as mentioned a moment ago he devoted much attention to the structure of his work, operand corrections of verses, displacements of single poems and other measures so as to not match the sequence of texts with the chronology of composition.
1. The songs
In songs the ego hides mainly behind the high language and bold of the classical literary tradition, putting the progressive fall themed illusions, with the discovery of’ “dry true”.
The metrical form is evidently that of song, so with mixed hendecasyllables and stanzas seven syllables. The number of stanzas varies from four to twelve and the length of each verse varies from thirteen to thirty verses to the maximum. The verses have complex rhythm structure. The stylistic choice see features such as syntax wide, a courtly lexicon with a strong presence of classical tradition.
2. The idylls
In idylls the ego becomes a character in every respect and poetry emphasizes inner feelings and adventures that arise as ephemeral flowers in the desert of’ “dry true”. The idylls are composed of a succession of hendecasyllables in lump sum or divided the stanzas of varying length. The key issues are the infinite, the time and the memory.
3. The chants pisano-recanatesi
The third group of poems, introduced by a massive title text (The risorgimento) Instead, the unexpected uprising of the ego puts poetic. These texts constitute a meditation on existence that springs from the landscape of Recanati and show a total lack of metric constraint.
4. The “cycle of Aspasia”
The fourth part of the Canti relates in part to the second, Reiterating the theme of love and partly from the first, recovering energetic style and heroic. The ego is not opposed more ala decadence of present times but at his own fate and nature. The language turns out to be sour and tense, with a significant presence of assertive claims of great strength and judgments in sound.
5. Neapolitan songs
Finally we find a profound meditation on themes dear to Leopards such as the death of young, death and the beauty and the precariousness of the existence of men. The autobiographical I which dominated the previous section now runs and takes second place. The style is strict and objective while the themes to a claim of a common suffering that can lead to solidarity among men.

Una risposta a “I Canti by Giacomo Leopardi: structure and analysis”