The age of enlightenment 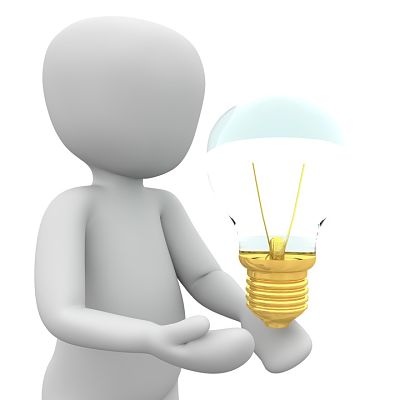 The 18th century was known as the age of enlightenment. All people with reason can even the truth of things and get out of the ’ obscurantism.
The philosophy of the light ’ is develops in Europe and in the different country s ’ called in a different way: Aufklarung in Germany, Illuminismo in Italy and Enlightenment in England.
The enlightenment saw the intellectuals spend much time in discussions on topics d ’ news or ideas , but they share fundamental principles: freedom of l ’ individual and sovereignty di people, and in general they are looking for the human well-being.
Of enlightenment intellectuals criticize religion because ’ it requires dogmas, According to the lights l ’ man should think for yourself and you need a freedom of ’ review, to criticize and to question freely. However the intellectuals lights are not atheists, they criticize l ’ Church and no faith. The lights have also studied various religions and came to the conclusion that the people do not pray the same gods, but some live free and happy without law or church, only a natural morality organized their society (He n ’ there's more room for the magic and the revelation).
In addition to the Science as physics, Chemistry, Biology and psychology have known an extraordinary development. The 18th century also saw the development of the technical invention as the ’ electricity, the steam and the hot air balloon.
The intellectuals of the 18th century also claim the freedom of conscience, freedom of ’ opinion, d ’ expression and publication. L’ human being is accepted as ’ it is and not as ’ it should be.
New ideas are conveyed through the debate, which allows d ’ enlighten the minds and also through the periodical press. The lights are discussing in the salons, the lodges, cafes or gardens.
At the political level for most of the lights the ideal Government was the enlightened despotism, at the service of the interests of his people.
Important characters:

Ms. du Châtelet: She translated the texts of Newton and Voltaire introduced to the principles of the new physics.
Olympus of Gouges: She was the pioneer of french feminism. She wrote the “Declaration of the rights of woman and the female citizen”, which evokes l ’ legal and social equality of women compared to men.
Montesquieu: He developed l ’ idea of the separation of powers, In addition he wrote many novels, as for example “The Persian letters” (epistolary novel which tells the adventures of two Persians in France and the philosophical themes such as imaginary travel watch, freedom, justice,…
Rousseau: It renews the political reflection as pedagogy and invents l ’ modern autobiography. He influenced the thinking of the enlightenment by his anthropological and political thoughts. In addition he wrote l ’ book “Emile”, a treatise on the education of the human race.