The economic concept of Karl Marx 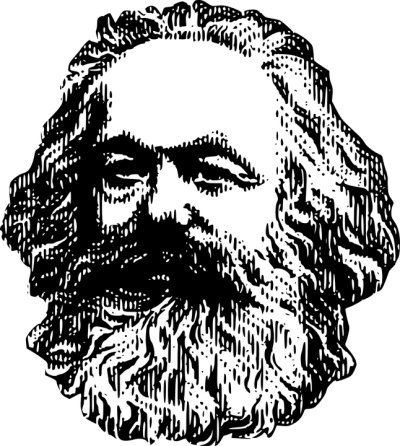 The historical and economic conception of Karl Marx:

Marx adopts the materialistic conception- dialectics and believes that every social structure is the result of a struggle between social classes, with precise relationships that characterize the same social classes, determined by the material conditions of mankind. In any case, the material living conditions affect those of social life. The only solution is communism, a social and economic construction to allow the overcoming of the Division of society into classes and the ’ elimination of forms of exploitation of the worker.

The specific characteristics of the capitalist mode of production:

The idea of contract and personal freedom lead to the development of competition and exploitation but also the materialization of work (the work becomes merchandise). The working class considers how obvious laws, the needs of a particular natural mode of production. The bourgeoisie to its rising has tapped the State to extend the workday and keep warden to a degree of dependence; If we want to exploit that existed in the Middle Ages was transformed into capitalist exploitation, however it is worth noting that the worker is no longer a slave but a free man.

The alienation is the separation of the objective condition of production (the machines, the instruments of production and raw materials), the property of capitalists and those subjective, that is labour-power that belongs to employees (alienation derives from the fact that the employee is excluded from the means of production).

The capital according to Marx is a set amount of money that can grow up to be greater at the end of the production, in other words, it is the value that has the given element to add a surplus value to the end of production.

The workforce, that is, the ability to work is the only commodity ’ that workers possess and can trade in the market. The workforce once inserted in the production process becomes work (use d-value of labor force) It allows to produce goods with added value which becomes profit for the capitalists.

In the exchange of equivalents the capitalist when buying workforce pays the price in wage terms.

In the exchange of equivalent not just the sale of labour took place produces work in excess at work in goods held in the wages.

The absolute surplus value is the period of the workday and grows proportionally to it.

38 Risposte a “The economic concept of Karl Marx”