The birth of the State of Israel 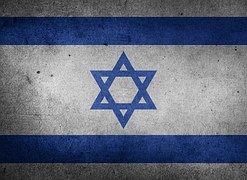 At the early 20th century many specialized agencies had arranged the return of thousands of Jews in the promised land, where was still survived a small autonomous Jewish community.

During the Great War the British had tried to increase Arab nationalism against the Ottoman imperial power. Arab nationalism proved a difficult ally for an imperialist power. The region in question was assuming ever greater political and policy interest. It was now known that there were major global oil reserves, Although their use was in its infancy.

At the end of the first world war Britain had obtained thanks to international agreements the mandate to rule the territory. The anti-Semitism that grew increasingly in European countries during the 1920s and 1930s advocated that Jews, more and more often denoted as strangers, they found a place to move ( the British Government, as everyone else was conducive to calm tensions of racism in your country).

Thanks to Jewish agencies mentioned above and the financial support of the Jewish community were immigrants could acquire the best land and begin the transformation of a country traditionalist.

Immigrants permitted the emergence of a new form of cooperative farm, the Kibbutz (It was a center of community life, study and culturality).

The rapid modernization and development led to conflicts with the native population, excluded mainly for cultural issues. The Arab population took on then with time, an increasingly aggressive and impetuous attitude towards Jewish communities, become rich and have a ’ extensive network of solidarity.

The Zionists organized armed military defenses to defend against Arab repercussions, the first, of ample proportions, in 1936. Immigrants managed to revive a language considered dead, the hebrew, and in the 1930s founded the Hebrew University, which in time became established internationally.

During the second world war l ’ influx of Jews in Palestine was evident; the tragedy of the Shoah (mass extermination) transformed the Zionist project in an unstoppable movement, which prompted many Jewish persons still in Europe to emigrate (both before and after the war). Their need for and claiming a Jewish State also became a way of redemption from the horrors they suffered and a chance to start over. After he realized that a growing influx of people in Palestine would have destabilized the area the British immigration was restricted by the Zionists and detached themselves , favoring the separation of the two communities and the Division of the territory into two separate parts.

In 1947 the British Navy in the port of Hamburg walked back with a ship full of emigrants Jews, the‘ Exodus. The affair precipitated the little stability remained and there came a period of guerrilla and terrorist acts. Britain was no longer able to control the situation, so withdrew their troops from Palestine. In 1947 (autumn) the ONU, that was the situation resolved to create two distinct States in Palestine: the Jordan and Israel (Jerusalem was declared neutral).

However the Arabs rejected the proposal and the situation 14 June 1948 David Ben Gurion (1886-1973) proclaimed the birth of the Jewish State in the new capital Tel Aviv.

The birth of Israel provoked the war: neighboring Arab States, Egypt, Jordan, Syria, Lebanon and Iraq attacked the new State without success, Since the ’ Israeli army emerged victorious and was able to conquer a new piece of territory.

Tel Aviv Parliament voted the “law of return” He immediately recognized the Israeli citizenship to any Jew in the world. The multitudes of Jewish communities scattered throughout the Middle East because of persecution or the expulsions met in Israel, increasing the aversion towards the Palestinians.